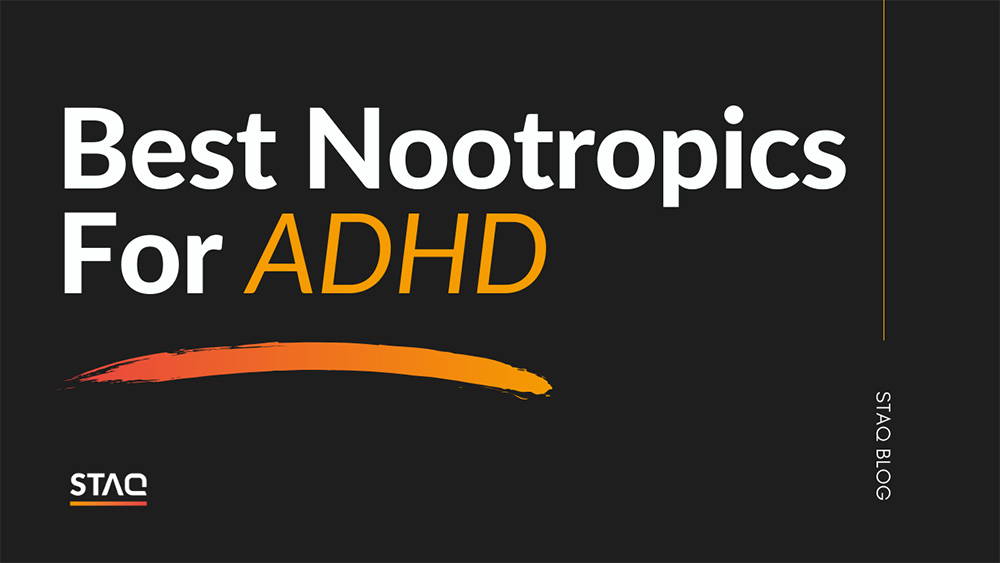 Due to the extent of people receiving this diagnosis, ADHD is also often mentioned in the media. While on the one hand, some articles are based on science-based knowledge available on ADHD and its treatment. On the other hand, there is a lot of skepticism presented as well.

ADHD is a complex disorder that can have many devastating effects on individuals and those around them. However, in some cases, the common drugs prescribed by doctors for treating ADHD are not so effective or have too many side effects. In other cases, nootropics can support medication treatment.

ADHD is a syndrome, a group of symptoms that occur together and form a disorder that is mainly associated with the executive functions in the brain.

Executive functions are associated with the frontal lobe of our brain, and they represent a specific set of mental skills - from paying attention, switching focus, remembering things, organizing, and prioritizing. [1]

For those diagnosed in their childhood, the symptoms often go on into adulthood, but there can be some changes in the expression of the symptoms and the intensity of them. However, the ADHD/ADD similar symptoms can also occur later in life even if there was no diagnosis or such problems earlier. This often happens after traumatic brain injury, hormonal changes of menopause, or brain changes in later stages of old age. [2]

Symptoms of ADHD mainly include inattention, the lack of focus, hyperactivity, and impulsive behavior - the lack of ability to inhibit specific behavior .ADD is a disorder that doesn’t include constant movement or hyperactivity. It mostly involves impairments in focus, motivation, memory, planning, and self-regulation. In short, the symptoms are so severe that they significantly disrupt the individual’s work, relationships, or schoolwork.

Some of the symptoms of ADD include:

Some of the additional symptoms that come with the hyperactive/impulsive type are:

As you can see, all symptoms have something to do with the management of our brain. And ADHD is actually just that - it is a chemical problem in the management systems of the brain. [1]

The Role Of Neurotransmitters In ADHD

Neurotransmitters, also called chemical messengers in the brain, are the leading communicators between the brain and the rest of the body. Deficiencies in some neurotransmitters are behind many disorders - from depression, anxiety, other mood disorders to OCD.

Dopamine, on the one hand, is responsible for regulating our emotional responses and is also one of the key neurotransmitters mentioned in connection with our reward system, motivation, and cognition. [3]

Norepinephrine, on the other hand, regulates attention, arousal enhances vigilance and formation of memory. It’s also associated with the “fight or flight” response in stressful or dangerous situations, where the levels of norepinephrine rise significantly, causing faster heart rate, increased blood flow to muscles, and narrowed more focused attention span. [4]

There’s more to the importance of neurotransmitters and their levels in the brain. As we’ve mentioned, dopamine is quite essential when ADHD is in play, and the traditional stimulants used for treating ADHD are interacting with the dopamine transporter protein to calm down hyperactivity in those who have ADHD.

However, as science evolves and new research is presented, they’ve actually found that more than dopamine itself, the optimal balance between dopamine and serotonin matters when it comes to reducing hyperactivity. [5]

The most well-known and widely used medications for treating ADHD are stimulants, such as Adderall, Ritalin, Vyvanse.

Nootropics, on the other hand, can work as supporters to those stimulants, whereas some people try to find some alternatives to those medications in nootropics.

Either way, it is best to consult your doctor about what would be best for you and also ask about the possible effects of mixing your medication with nootropics.

When it comes to the medications for ADHD, a lot of people experience a variety of different side effects that are also affecting the quality of their life.

Some of those side effects are:

It’s a long way to figure out what kind of dosage will do its best for a person without experiencing too much or too intensive side effects.

Some people reported that taking both a certain stimulant and nootropic, helped them minimize the otherwise normal stimulant crash that often happens when taking stimulants.

Also, nootropics can represent an additional boost in attention or focus while being a more natural and safer option for enhancing your cognition and mood.

That’s why we created a list of some nootropics that can help when dealing with ADHD.

PS is a compound synthesized in the body and is mainly found in the brain, where it plays an essential role in cognitive functioning. [6]

Research shows that PS improves memory and helps in fighting with depression or anxiety.

Moreover, some studies also show promising results for children diagnosed with ADHD - it was shown that supplementing PS helped in improving auditory memory, problems with attention, and reduced impulsive/hyperactive behavior. [7]

Mucuna is part of the list mainly because it is a powerful source of dopamine. It contains an amino acid called levodopa (L-Dopa), which is vital for producing dopamine.

Lower concentrations of dopamine transporter proteins have been shown as a risk factor for ADHD. Furthermore, research shows differences in dopamine levels in those with ADHD and those without it. [8]

Because of L-Dopa’s ability to cross the blood-brain barrier, and therefore represents a more direct source, Mucuna Pruriens shows more promising effects for those with ADHD than many other dietary supplements.

Maritime Pine Bark extract contains Pycnogenol, an active ingredient that shows promising effects in relieving some of the symptoms of ADHD, mainly in children.

Research shows that supplementing Pycnogenol for some time improved children’s attention and concentration as well as reduced their hyperactivity. [9]

Pycnogenol also has antioxidant and anti-inflammatory properties and can protect the immune system. Moreover, its antioxidant properties have a significant effect on oxidative stress that is one of the nongenetic factors contributing to the development of ADHD. [10]

The full name for 5-HTP is 5-Hydroxytryptophan - an amino acid that is commonly known to boost serotonin production.

Since 5-HTP is the precursor to serotonin in your brain, it can help relieve mood disorders, such as depression or anxiety, which often develop with ADHD.

Ginkgo Biloba is a herb used for improving memory and mental alertness.

Some research also shows improvements in inattention in those with ADHD. [12]

Ginkgo also has antioxidant properties, and it reduces oxidative stress that mostly contributes to disorders such as ADHD. [13]

Rhodiola Rosea is an adaptogenic herb that is mostly known for its effects on the mood and coping with stress.

The research on how Rhodiola can help with ADHD is quite new but really promising. As we mentioned before, those who have ADHD are often deficient in dopamine and norepinephrine. Rhodiola boost levels of those neurotransmitters help in enhancing alertness and fight mental fatigue, which can be a usual companion for those with ADHD. [14]

Since it efficiently fights fatigue and helps in dealing with different kinds of stressors, it also improves concentration, attention, and overall cognitive functioning. [15]

Ginseng appears to be most effective for mood improvements, immunity, and overall cognition.

It is a well-researched herb that stimulates brain function. Studies show improvements in anxiety and social functioning in those with ADHD that supplemented ginseng. Besides its calming effects, it boosts attention and concentration. [16]

L-Theanine is an amino acid that is commonly found in green tea. By boosting alpha and theta brain waves, L-Theanine has strong relaxing properties.

Well, because of its relaxing properties, it improves visual attentional performance and improves reaction times, especially in those that are more anxious. [17].

On the one hand, L-Theanine helps boost overall cognition and attention span while, on the other hand, it helps reduce insomnia or other sleep issues that may come as comorbidities with ADHD.

As you may have noticed, many nootropics can offer good support or alternatives for treating ADHD.

However, you must consult with your doctor or another healthcare expert before deciding which nootropic to supplement. Especially those of you who are already taking the prescribed medication.

Keep in mind that neurotransmitter balance is key in fighting ADHD. And before starting with nootropics, you need to know about the possible prescription drug interactions, dosages of nootropics, and of course, potential side effects. Be mindful and careful, start slow, do your research, and ask the experts.

This can surely bring you the best possible advice on how to start and can deliver long-term results as well.

Also, check out our STAQ Performer that contains some of the nootropics mentioned and is made for boosting your focus, brainpower, and energy to help you optimize your time and improve your performance. 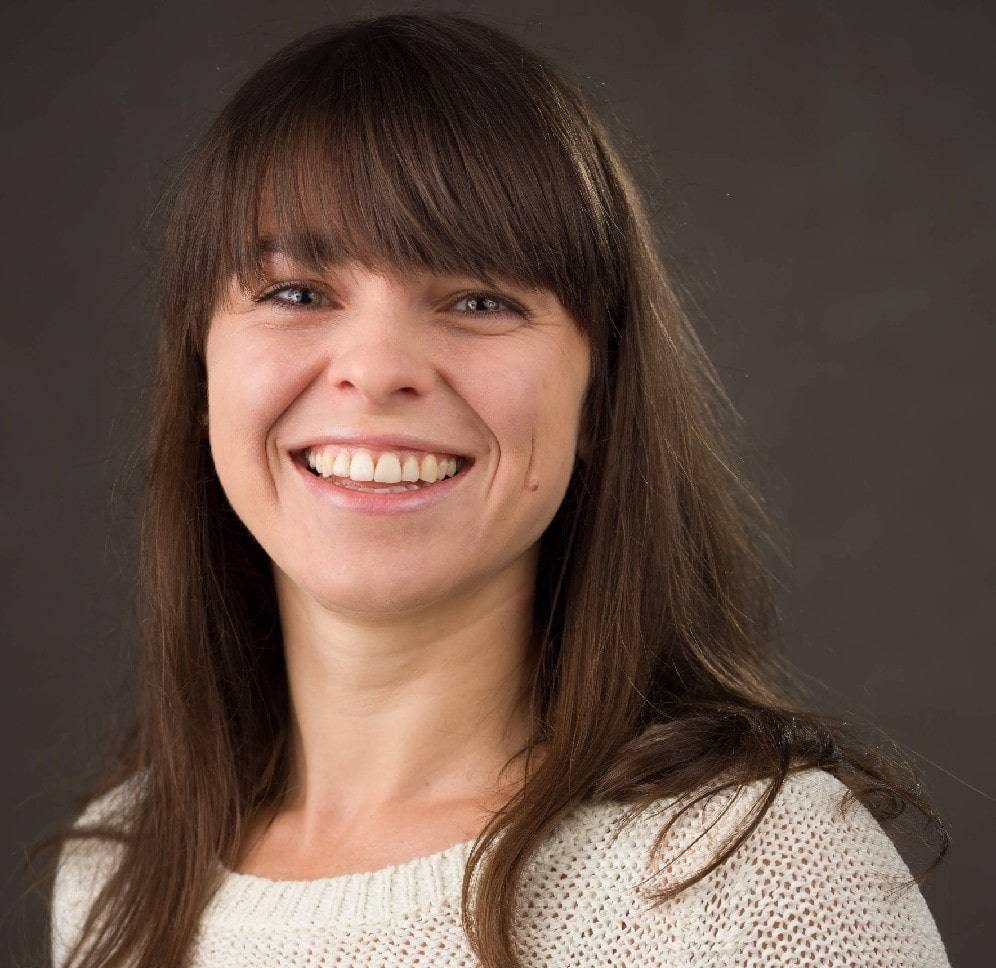 Head Of Nutrition At STAQ Performance

Maja Andoljsek, BSc in Sports Science and Nutrition, has been researching nutrition, supplements, and coaching people for years. As a certified coach and nutritionist, she has helped hundreds of people improve their cognitive performance, physical performance, and overall health.